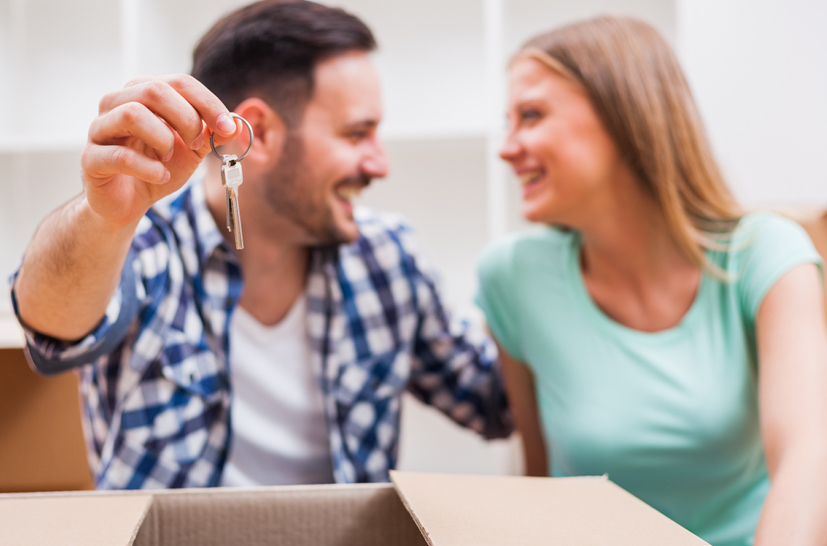 Have you had dreams of owning a home or know someone that does?  Jumping into the market as a first-time home buyer can be intimidating, especially within the wild ride of the Greater Seattle market; but there is hope! In an effort to illustrate the reality for first-time buyers in today’s market, our office got together and identified several sets of buyers who recently found success in today’s market and asked them to share their stories. We think this is timely because it is the time of year that we see a surge in inventory, which gives buyers more selection and opportunity. We have two stories to share below, but before we dive into those let’s defy some first-time home buyer myths.

First, many people think it is necessary to have a 20% down payment saved in order to make their first purchase. That is simply not true. While a 20% down payment can help make you more competitive and naturally lowers your monthly payment, it is not the only option. There are loan programs with down payments as low as 3%. Nationally, in March the average down payment for all loans was 10%. For first-timers it was 6% and repeat buyers it was 14%.

Second, expectations around credit scores can use some clarification as well. In March, the average credit score for all loans was 722. For Conventional loans it was 742 and for FHA it was 677.  If your credit needs some work, contact me and I can put you in touch with one of my preferred lenders that can help with credit repair. There is hope, as these numbers are just the average. You’d be surprised that you don’t have to have perfect credit to get the process started.

Lastly, the cost to be a renter is high, and the return on your investment is nothing. Recently, Rent.com did a survey of landlords and 88% said they planned to raise their rents in the next 12 months. In the same survey, 53% said they’d rather place a new tenant with a higher rent versus renegotiate and renew with a current tenant.  This sounds expensive and unstable. Owning leads to building wealth and putting down permanent roots.

Now that we’ve gained some clarity on what it takes to qualify in today’s market, let’s jump into these two honest, yet heartwarming local first-time home buyer stories.

Three Teenagers, One Bathroom, No More

A happy family of five just moved in to this house in mid-May. Two hard working parents, Brandy and Juan, with three teenagers were renting a 3-bedroom, 1-bath rambler in Edmonds and needed more space. It was time to make a move, and they had saved up a 3% down payment for a new home. Their budget was $400,000. 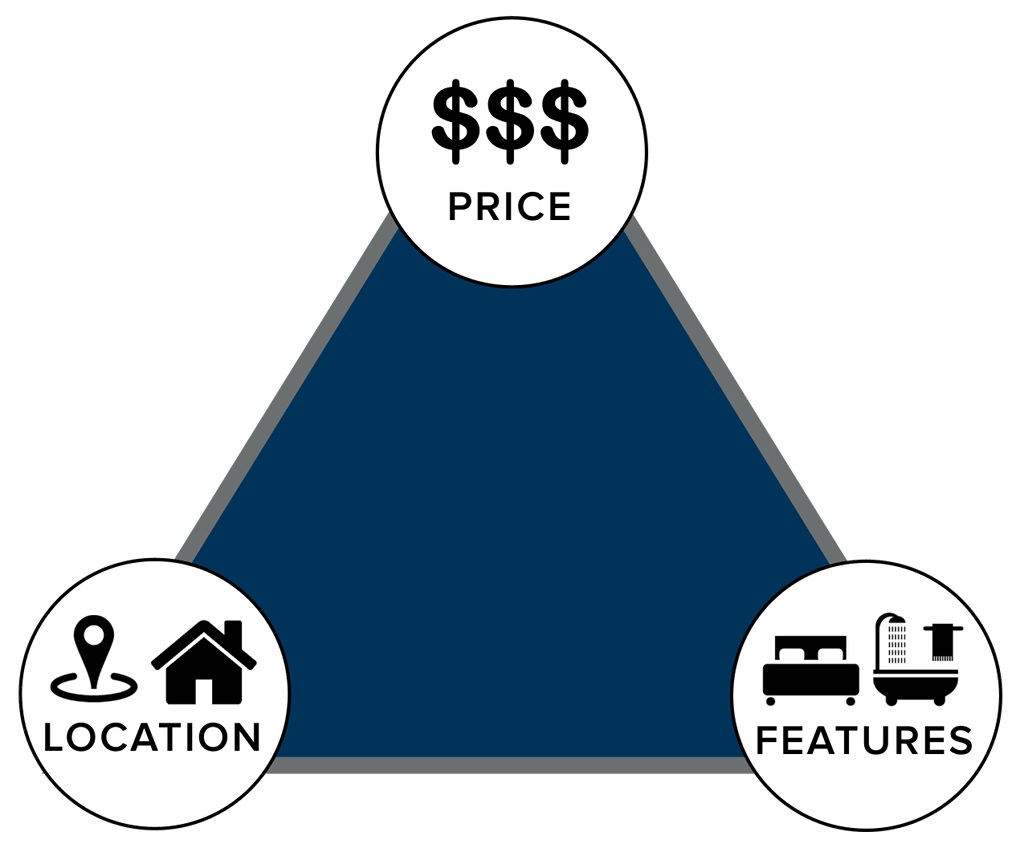 The first step in the home buying process was sitting down with their agent for the initial buyer consultation. This is where they discussed market conditions, desired features such as bedrooms, bathrooms and garage, and their budget. This lead them to explore which locations had the inventory that met their needs in order to stay within their budget. They had to marry these three key points – we like to call this the Triangle of Buyer Clarity. They then identified a few workable locations that had inventory which supported their desired features and their budget and went for it. This upfront research and partnership with their agent lead to Brandy and Juan finding success rather quickly, saving them money in an appreciating market, and a whole lot of strife.

They did this and ultimately bought a great house in Marysville which fit their budget, afforded them the features they desired, and still provided a manageable commute into Lynnwood. Their mortgage payment is higher than their rental rate, but is relative to the size of their new home and their investment. Not to mention, they are now on the equity-building train and don’t have to worry about a landlord displacing them. Their monthly mortgage payment is fixed with an awesome low interest rate, and they are super happy to have more than one bathroom for their teenagers.

From North Seattle to West Seattle 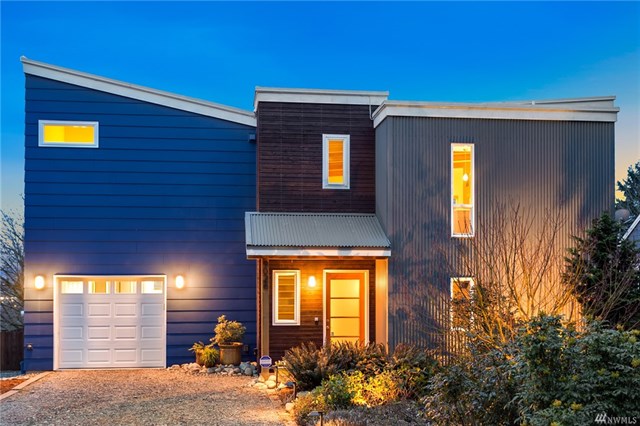 First, how cool is this house? Super cool! That’s just how Paul and Ange feel about their newly purchased home in the Highland Park neighborhood of West Seattle. They just closed in early April and have already attended two neighborhood BBQ’s, received gifts from their new neighbors, discovered new parks and restaurants and, wait for it…shortened their commute.

Paul described his new neighborhood, Highland Park, as “magical.” Previously, Paul and Ange were renting in Wedgwood for six years and loved it there. So much that they could not imagine living anywhere else. When they started their home search in late 2017, they kept to strict search criteria of North Seattle because that is what they knew and it was comfortable. After making two offers and not prevailing because they were getting beat out on price, their agent suggested West Seattle as a more affordable option. The ‘price’ corner of the Triangle of Buyer Clarity was making itself known as a challenge in North Seattle, so it was time to reconvene.  They sat down with their agent and evaluated the market conditions in West Seattle compared to North Seattle and applied them to their feature list and budget, and voilà: West Seattle was calling their names. You see, they wanted a more turn-key home, and the homes they were encountering in their price range in North Seattle needed a lot of work.

They went out on a limb and traveled over the bridge to start looking at homes. They quickly saw the difference – the homes they were interested in were not, as Paul said, “scary”!  The anticipated repairs they would have to make to the homes they were able to afford in North Seattle were daunting and unexciting. They felt much more at ease with the features that the West Seattle homes provided within their price range. They just needed to get comfortable with the idea of moving to a different community.

When they found the house featured above, the leap of faith to West Seattle started to take shape. They prepped a strong offer, did their due diligence, and believe it or not, secured the home in a multiple-offer situation at $805,000 – which was not the highest price offered! They listened to their agent and wrote an offer with very strong terms as well as a very well-researched price.  Their agent kept in close contact with the listing agent and the Sellers chose their offer due to all of these factors.

Since moving in almost two months ago, they find themselves in a state of excitement and discovery every day. The community has been welcoming and conversations with neighbors and the random stranger at the grocery store come easily. Paul has observed a strong sense of curiosity within his new community as people are new to the area and are encouraged to build relationships and make discoveries.

In the end, Paul and Ange remained within their price range, bought a home with all the features they wanted, but made what seemed to be at the time, a compromise on location. That compromise ended up being, as they put it, magical! They have never looked back to Wegdwood with regret, only excitement over what their new neighborhood might bring.

The point of these two stories is to debunk the sentiment we hear from time to time, that first-time home buyers cannot find success in our market. With a well-laid-out plan strategically constructed by the agent and client, we are seeing many happy stories for first-timers. The end result is putting these new homeowners on the path to building wealth, growing thriving communities, and making their house their home.

If you or someone you know has dreamed about buying their first home, please reach out. It is our goal to help identify the opportunities that are available, the strategies that find success, and to educate along the way.